Life as a Multilingual Family: The Language Experiment 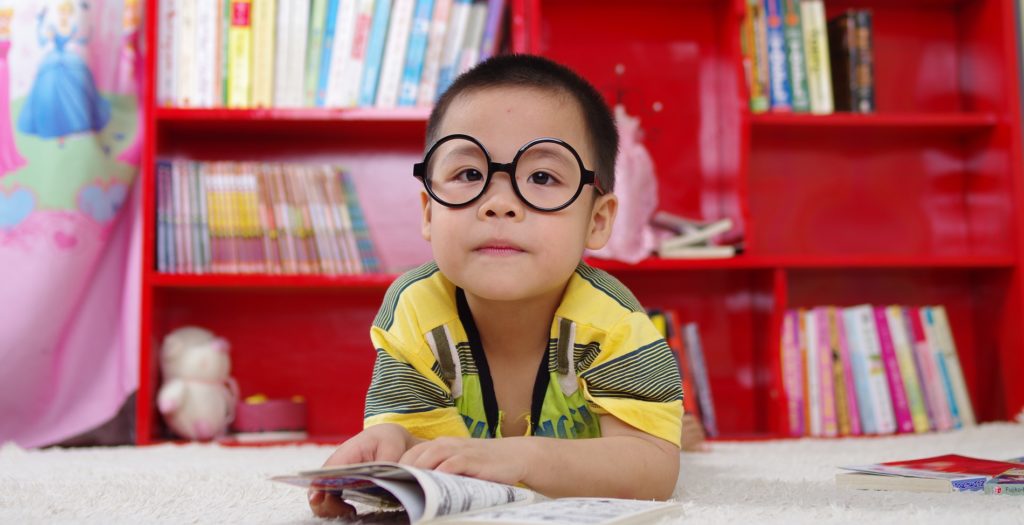 Raising multilingual kids is a living experiment. One mom shares her family’s experiences and the info she’s picked up along the way. By Ema Naito-Bhakdi We are a multilingual family. Since birth, our children have grown up speaking Japanese with me, German with their papa, and Thai with their nanny and the staff in our compound. Plus, they hear me and my husband talking to each other in English. It is our big language experiment. And every day, I am amazed by the children’s ability to learn and adapt. Different multilingual families have their own set-ups, but here are our family’s experiences in relation to some common concerns about raising multilingual children.

How should we use the different languages?

Our approach is one-parent-one-language (OPOL), which is popular perhaps because it’s relatively simple: each parent only has to remember to stick to their one language. But it’s not the only possible set-up. If your child goes to English international school but your family language is French, for example, the entire family might speak only French at home—commonly referred to as the ‘minority language at home’ (ml@h) approach. You can also decide to use a particular language in specific times and settings, e.g., if one parent is trying to teach more than one language. Admittedly, the biggest downside of our OPOL is that we don’t have a family language—and I know for some, this is a big no-no. But my husband and I share a deep belief in the importance of giving our children the gift of language, so we’re continuing to go with it while making adjustments along the way. Recently, my husband declared meals to be German-only time, so maybe, just maybe, German will one day become the family language…although English may be the more realistic possibility, given my own limited German!

Will my child have speech delays?

There’s a myth that children growing up with multiple languages start talking later than monolingual children, but this is not a problem.[1] Our eldest was the only one among our three kids to start talking a bit late (he was almost 2) and he is now the most proficient in all three languages. For more about red flags regarding delays, see the articles on Bilingual Kidspot: “Speech and Language Development Milestones for Kids” and “Speech Delay in Bilingual Kids”.

Is there a ‘good’ way to talk to my kids? How do I correct their mistakes?

Speak in simple sentences. Most parents automatically simplify their language when talking to babies and toddlers starting to learn a language. My observation is that simplifying is useful even when the child is older if it matches their level of proficiency. Repeat back to correct mistakes. When the kids make speech mistakes or mix up languages, instead of correcting them “no, you have to say it this way…”, simply repeat back to them what they said but using the correct grammar or word. Kids mixing languages is OK. It’s very common—they will sort it out eventually. I was fascinated when my then-3-year-old would talk to me using mostly Thai words but with Japanese grammar. He just didn’t have the Japanese vocab to fill in the sentences yet. By the way, I don’t recommend parents mixing languages within a single sentence. One summer in college, I had great fun chatting with other bilingual Japanese kids in completely jumbled up Japanese and English but realized quickly that it wouldn’t be of much use to me in most places. Not a good model for your budding linguists.[2] 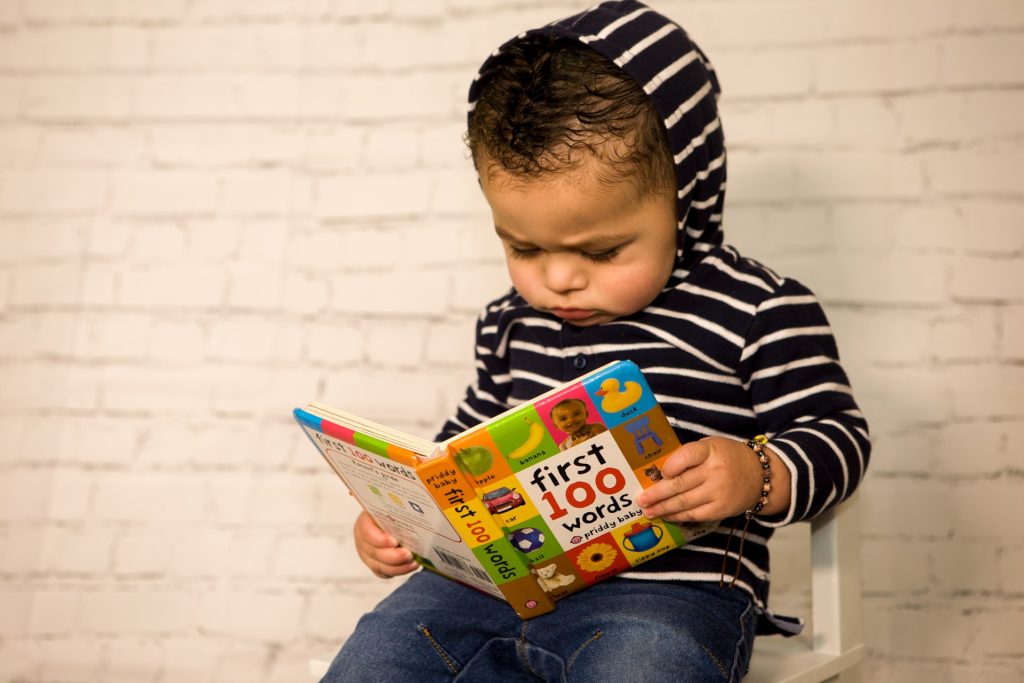 What can I do to encourage language acquisition?

Read books together. Watch videos or movies together and talk about it. Play games—giving instructions and discussing strategy opens up new uses for the language in our family. And of course, immersion is useful where possible. Find ways to create a need and motivation for the child to use that language. The key ingredient for language acquisition is interaction; passive listening alone is not as effective.[3] So make it interactive, ask questions, talk about everything!

Does a child need a primary language?

I was pondering the meaning of a ‘mother tongue’ when one is raised from the start with more than one language; it seems an archaic concept. But it is relevant if we’re talking about a child thrust into a ‘foreign’-language environment when they start school. In that case, not having access to the mother tongue can be detrimental to their learning. “A child’s mother tongue/home language is their primary vehicle of cognitive development in the early years…. When you take away their strongest language for cognitive processing and put them into a new language, you set them back significantly in terms of what they can understand and learn.”[4] Jim Cummins, a leading authority on bilingual education and second language acquisition, points out that first (home) and school languages are interdependent, and strengthening both positively contributes to developing a child’s thinking skills.[5] If the school doesn’t offer bilingual education, some parents suggest going over the same material at home in the home language as a great way to build up the home language. (By the way, it’s perfectly natural for one language to be stronger at any given time, and the balance may shift depending on use and circumstances.)

Is it too late to start? And when can I be sure that the language is learned?

Research has debunked the theory that there is a ‘window period’ where children can acquire languages and so it’s never too late to start. It is true that the ability to acquire a particular accent and to deeply encode simple grammar does diminish with age. Newborns can distinguish sounds from different languages, an ability that is lost by the time babies are 10 months old.[6] But the human brain is sufficiently plastic and older children (4 years and up) can also learn a language like a native. I learned English when I was 4.5 years old and sound completely American. We can learn and become quite proficient at languages into adulthood (with some motivation and effort!), so there’s no reason to think it’s too late for your child. On the flip side, it’s not that if your child speaks a language fluently at the age of, say, 6, they will remember this language forever if it goes unused. It’s still possible to ‘lose’ it.[7] So remember to keep up the effort over the years.

If a child refuses to speak a language, what can I do?

According to Rita Rosenback, author of  Bringing up a Bilingual Child, it’s a matter of whether the child wants to, needs to, is in the habit of, or has proficiency and confidence to speak in that language. One of our kids doesn’t feel like she can express herself sufficiently in German and lately she’s asking me more to translate for her with Papa. For now, I try to say it in German to my husband; he repeats it in (correct!) German and then responds to our child. We’re trying to find more ways to let her practice without feeling too self-conscious; what would probably help is if we could find some German kids her age to play with…. For more information, see “4 reasons why your bilingual child answers in the ‘wrong’ language” on Multilingual Parenting.   There is so much to consider in designing our life as a multilingual family, but the basics are simple: Be consistent, celebrate progress however small, and remember that we’re in it for the long haul.

Ema is a freelance English editor (www.theclarityeditor.com), who worked in international development and has been on the BAMBI News team since 2014. Raising three cross-cultural and multilingual kids, she sings classical music, and blogs at www.crossculturalfamily.com (日本語ブログ: emanate28jpn.blogspot.com). The views expressed in the articles in this magazine are not necessarily those of BAMBI committee members and we assume no responsibility for them or their effects. BAMBI News welcomes volunteer contributors to our magazine. Please contact editor@bambiweb.org. Tags:
child development, culture & holidays, education, languages, parenting, school kids, toddlers & preschoolers