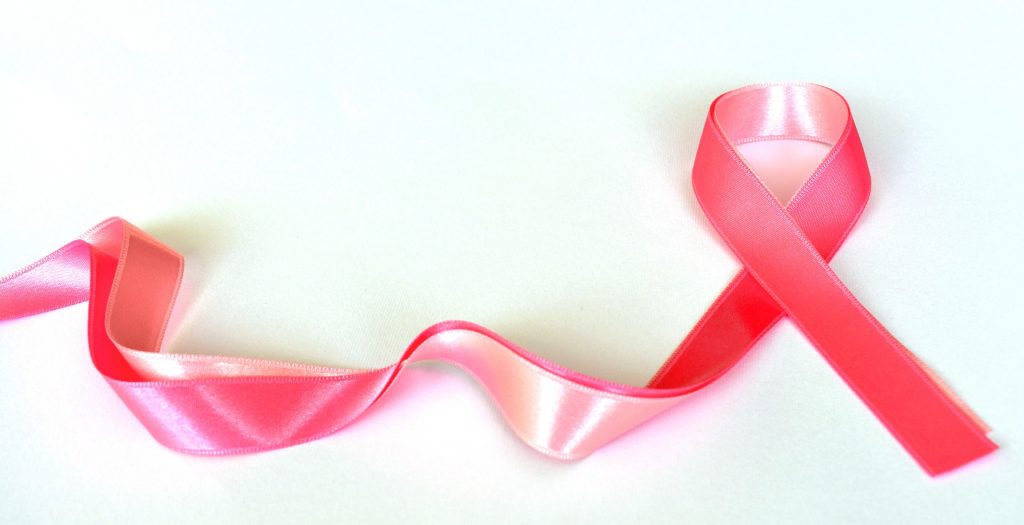 “You only get to live your life once, so live it to the most.” We often hear such advice that it seems to have lost its essence. But for those who battle chronic diseases as cruel as cancer, it’s another story.

In April of 2016, at 35, during a self-examination, I felt a lump in my right breast. It wasn’t even a well-defined lump. It wasn’t round. It wasn’t the size of a pea or a grape or a golf ball. It was just…something.

And because I was a mother to a 5-year-old, I made myself an appointment to see a breast surgeon.

I had a mammogram and an ultrasound and both were unremarkable. The breast surgeon said I could return for a follow-up in six months or I could have a biopsy, where a large needle would be inserted into my breast to remove pieces of breast tissue to be examined under the microscope. I knew right away that I would have a biopsy.

It wasn’t instinct. It wasn’t a “gut feeling.”

It was, once again, feeling a sense of responsibility towards my child, and I could not mess around with my life.

Your entire life can change in an instant. You don’t think it can, but a phone call is all it takes.

The hospital called asking me to come in to discuss the biopsy results, when the doctor had specifically said he would just call me with the results because he was so confident it wasn’t cancer.

Of course, I knew it was bad news. The only thing I knew about breast cancer was that a sweet friend died from it the year before. So all I thought about was my daughter and how much I wanted to watch her grow up.

It was … feeling a sense of responsibility towards my child … I could not mess around with my life.

During a mastectomy, a breast surgeon also examines the lymph nodes to see if the cancer has traveled outside the main tumor in the breast. Before surgery I only knew that I wanted — no, I needed — negative nodes.

I knew that if the cancer had spread beyond my breast, treatment would be more complicated. Women who die from breast cancer don’t die from cancer that stays in the breast; they die when that cancer spreads to other parts of their body, commonly the lungs, liver, brain, and bones.

My surgeon removed 28 lymph nodes. The next week I would find out that there had been cancer in four of those nodes. Scans of my lungs, liver, and bones were, thankfully, clear. My cancer was hormone-receptor-positive, which meant I would need hormone therapy to keep my body from using oestrogen. But before that, I would need chemotherapy and radiation.

My chemotherapy regimen was called TAC for the three drugs I would receive via an IV, every three weeks for a total of six infusions. (Each infusion and rest period was called a “cycle.”) The list of possible side effects of these drugs were terrifying and endless.

The first infusion was my learning one. I spent all night vomiting. I was exhausted down to my bones. I lost my sense of taste so I could barely eat or drink. Water tasted foul. I was admitted into the hospital a few days later for dehydration. I figured out I could drink flavored water and coconut water. I had to avoid all of my favorite foods because they tasted nothing like they used to. My hair fell out two weeks after my infusion and I shaved it off. In that moment I looked like a cancer patient and that was harder than not having a breast. Something that felt private became very public.

When you love someone, you show up. You stand by them.

I hated chemotherapy. I am grateful for it because it works very, very well, but I hated the way it made me feel. I had my last infusion on November 7, 2016.

At the end of chemotherapy I started hormone therapy. I would receive a shot called Zoladex every three months to put me into menopause and I would take an Aromasin pill daily. If surgery was to cut out the cancer and chemo was to poison it, then hormone therapy was to starve it so it could never grow again.

I started radiation on December 5, 2016. I had to be at the hospital five days a week for a total of 25 radiation sessions. Radiation was much easier than chemotherapy; the only inconvenience was the daily commute to and from the hospital. I did not experience any real side effects from radiation except for a little sore throat and dry skin.

And then active treatment was over.

It has been more than a year since my diagnosis. I have found navigating survivorship to be surprisingly difficult. When you are in treatment your doctors are responsible for you. Your life is all about “killing cancer.”

And then it’s done and you’re meant to live your life and hope that you’ll never have to go through it again. But you might. Or you might not. So you live in this limbo that can make you crazy.

“Tell me, what is it you plan to do with your one wild and precious life?” – Mary Oliver

Sometimes I am so scared I can hardly breathe, and sometimes my life is full and busy and I go an hour without thinking about cancer. Some days I am filled with gratitude to be alive today, to be done with treatment, to feel about as close to normal as I guess I will ever feel. My bones ache and I get hot flashes all the time from being forced into menopause.

But I am here. I get to be a mother. From the moment I was diagnosed, that is all I ever wanted.

I lost friends when I went through treatment. Many people don’t know how to act around someone that’s going through something so hard, especially something as scary as cancer. But it’s not nearly as complicated as people seem to think.

When you love someone, you show up. You stand by them. You hold them up when they’re falling. You listen to them rant and rave about the unfairness of it all. You throw them a magical, sparkling unicorn party to celebrate the end of chemotherapy. You treat them like the person that you love, the person that needs you to just love them, to stick by them, to invite them to things even when they are too sick to go.

We are all going to die. We just think that it won’t happen until we are old and ready for it. Cancer took a lot from me, but cancer helped me understand an important lesson: none of us are promised tomorrow. You know this already, but you really don’t.

So listen to me. Be happy now. Go on that adventure now. If you’re unhappy, change your life. There is no “right time” for the things you love.

Now is it! Because this life is all we get.

Photo by marijana1 from Pixabay.

Rasee is a birth and postpartum doula and childbirth educator. She is also a mother to a six-year-old. Rasee was diagnosed with breast cancer in June 2016 and completed treatment in January 2017. She is co-founder of Beyond Boobs (@beyondboobsbangkok), a source of support and information for women dealing with breast cancer in Bangkok.