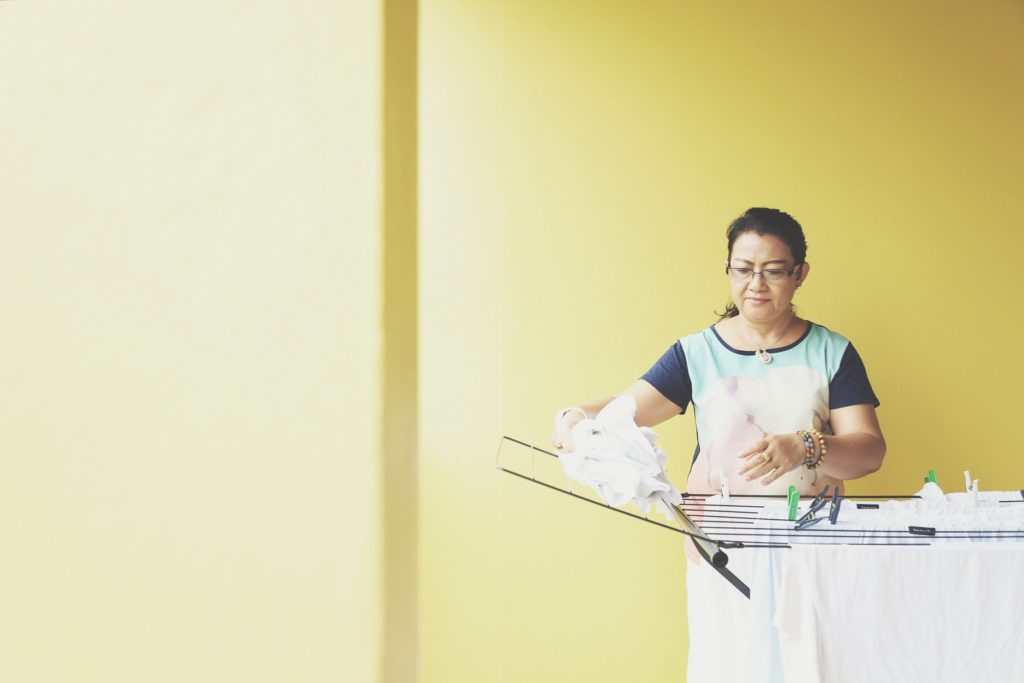 Domestic workers: How to pay, terminate or manage holidays. Use this guide to learn how the law requires you to deal with your helpers.

*This article is provided for informational purposes only. It is not to be taken as legal advice.*

In Thailand, domestic workers, including maids and nannies, are often integral to the daily functioning of households. While domestic workers make up a significant and important part of the Thai workforce, most are informally employed. 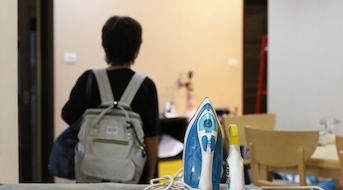 We provide a brief summary of protections provided under the existing Law and the relevant sections under the Labor Protection Act.

Termination of Employment and Severance Pay 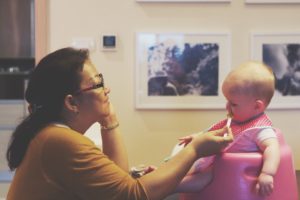 Q. How long is a standard work day?

Domestic workers are not covered under Section 23 of the Labor Protection Act, which regulates standard work hours. Since a “standard” 8-hour workday (48-hour week) does not apply, it is up to employers and employees to agree upon work hours.

The answer depends on the type of overtime.

Q. I have heard that employers are obligated by law to pay one month’s salary for each year of work upon terminating employment. For example, if my maid earns 15,000 baht per month and has worked for us for five years, am I legally bound to pay her 75,000 baht severance if we need to terminate her employment due to relocation?

The only exception is if you terminate without notice, in which case you must provide one month’s wages. Many employers choose to give a bonus to their employees at the time of termination in appreciation of good service, but there is no legal obligation to do so.

Q. My husband and I both work at an American company. The Law says that employers have to give domestic workers 13 “traditional holidays” off. The holiday calendar that my company follows is a mix of Thai and American holidays. Does this mean that my nanny will have some Thai holidays off while I am supposed to be at work? Is it legal to have my nanny follow the same holiday calendar used at my company to ensure that my children have childcare when I am at work?

The Law allows for the observance of religious holidays, such as Christmas, but does not allow for, say, American Independence Day to be considered a “local traditional holiday”. While you cannot strictly follow the American company’s holiday calendar, note that you do have some flexibility to pick which 13 paid holidays will be observed.

For the year 2017, for example, the Government has announced 17 official holidays, of which you must pick (at least) 13, including National Labour Day.

Here is a hypothetical example of how a couple working for an American company might set the official holiday schedule for their domestic worker taking into consideration both official Thai holidays and American holidays observed by the company. 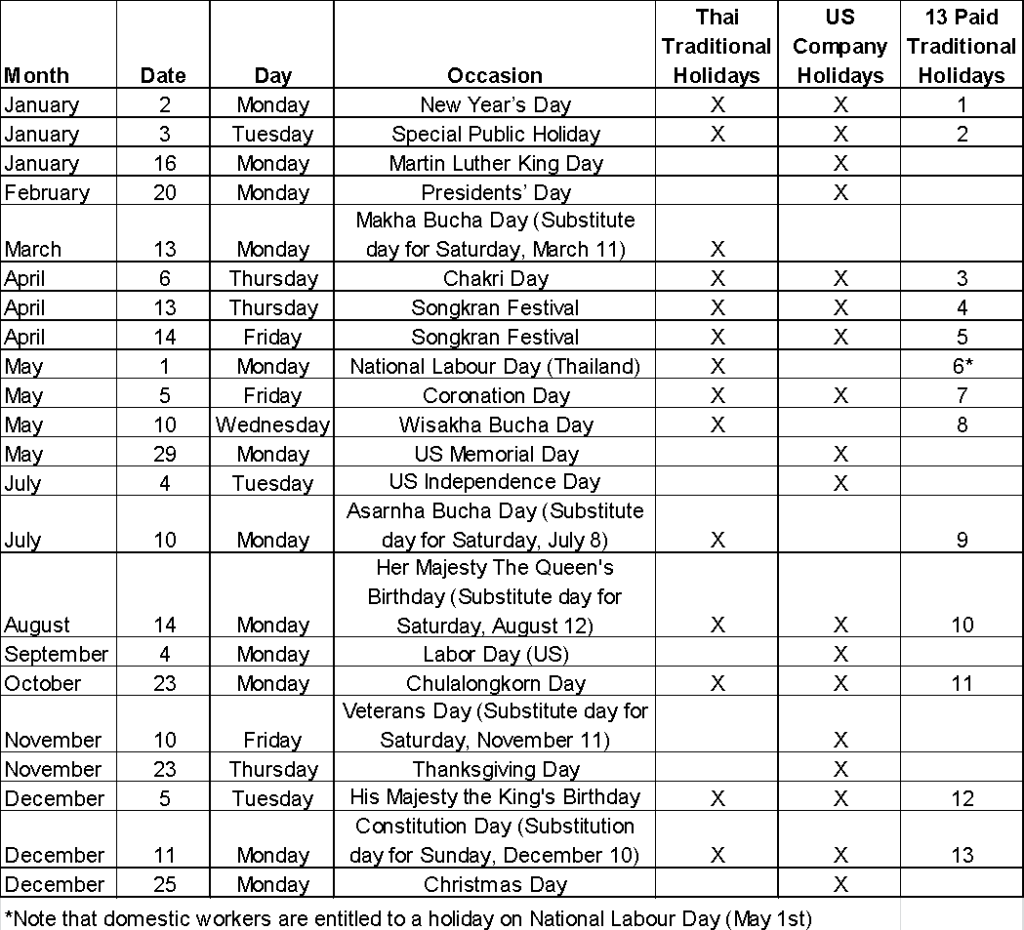 In this scenario, there are only three days (May 1, May 10, and July 10) in which the domestic worker is entitled to a day off when the employers must work.

It is a good idea to determine and write down the holiday schedule your domestic worker will follow at the beginning of each year so that there are no misunderstandings or confusion.

Note that if you need your domestic worker to work on a particular holiday and your employee agrees to work the extra day, normal holiday pay rates apply (i.e. an extra day’s wages if the worker is paid monthly).

Q. If the Government announces additional official holidays, is my maid/nanny entitled to those additional holidays?

The Law states that domestic workers are entitled to at least 13 traditional holidays. This means that employers are not obligated to give more than 13 holidays, even when additional holidays are announced by the Government.

It is up to the employer to decide whether to provide additional paid holidays beyond the 13 that are mandated by law.

Q. My maid is from Myanmar and has been working for us for two years. She would like to take 3 weeks off this year to travel home. Can she “save up” vacation days by working during traditional holidays and combining those days with her six annual holidays to give her enough time to travel home and back?

It is common for workers to combine traditional holidays, such as Songkran, with their 6 days of annual holidays.

Suppose your maid regularly takes Sundays as a weekly holiday and that your maid would like to take 3 weeks of leave over the Songkran period, say Sunday April 2nd through Sunday April 23rd.

The calendar below specifies the types of leave your maid would be entitled to take:

Note that the days in green are not covered by weekly, traditional, or annual holidays. In this case, it is up to the employer and the employee to agree upon taking additional leave (days specified in green), either paid or unpaid.

Note that employers are under no legal obligation to provide the additional requested leave.

Q. If a traditional holiday falls on a Saturday, which is a normal work day for my nanny, and a substitute holiday is celebrated on the following Monday, which day is she entitled to have off? For example, this year Mother’s Day is Saturday, August 12th, and the substitution day is Monday, August 14th. Do I give her the 12th, the 14th, or both?

In this case, you have to first look if Mother’s Day is one of the 13 traditional holidays that you and your maid had agreed upon. If not, there is no need to give her any day off.

However, if the Mother’s Day is one of your agreed traditional holidays, then you definitely need to give her an off day, which in this case would be the 12th.

Q. I just hired a part-time housekeeper who works Tuesday and Thursday mornings for a total of 8 hours per week. Which and how many holidays is she entitled to?

According to the law, provisions regarding holidays of full-time workers and part-time workers are the same. This means that both are entitled to the same weekly, traditional, and annual holidays.

In this example, the part-time housekeeper would be entitled to 4 traditional holidays with pay according to the 2017 holiday calendar above.

However, section 56 says that part-time workers can only get paid on traditional and annual holidays; they are not entitled to get paid on their weekly holiday.

Q. Do we need to sign a written contract with our maid or nanny?

While it is not legally required to sign a contract, it is not a bad idea to do so. It is important for both you and your employee to understand and agree on job tasks, remuneration, number and timing of holidays (weekly, traditional, and annual), etc.

Q. Do the labor laws apply even if I do not have a written contract with my maid? 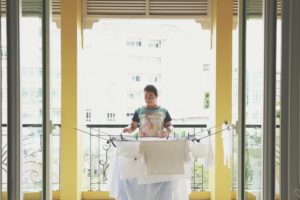 Q. How can I sign my domestic worker up for social security? What is the legal responsibility of the employer to provide medical care?

If your employee is Thai, she should be eligible for free medical care under the Universal Coverage Scheme (UCS) (also known as the “Gold Card” scheme).

Foreign workers who have a work permit for domestic work should also be covered under a government health insurance scheme (workers sign up for the scheme as a part of the process to obtain their work permit).

Some employers purchase additional private accident and emergency medical insurance, but this is not mandatory by law.

It is common practice for employers to cover the costs of medical care and wellness checks, especially when the worker is registered for the UCS program at a distant hospital or is non-Thai, but this is not mandatory by law.

Q. What recourse do I have as an employer if a maid or nanny is dishonest, steals, or has poor performance?

If there is a criminal act involved, contact your local police department immediately.

An employee can be terminated effectively immediately if the employee’s conduct falls into one of the six categories specified in Section 119 of the Labor Protection Law (listed above in the section on “Termination of Employment and Severance Pay”).

Note that the conduct listed in section 119 is very severe. Dishonesty and stealing are covered under section 119. However, poor performance is not.

Therefore, if an employer would like to terminate based on poor performance, the employer has to give advance notice or, in the case of immediate termination, pay one month severance.

The employer should ask the employee to sign the letter in order to show that the employee acknowledges the reasons for termination. The employer can use this letter as evidence before court in the unlikely event that there is a need.

Q. I just hired a new domestic worker one week ago. She seemed to have lots of experience and a good recommendation from a previous employer, but she does not seem to be a good fit for my family’s needs. Do I have to pay her a month’s salary if I want to terminate her immediately? Is there such thing as a probation period?

It does not matter how long you hire the person to work for you. Provisions regarding advance notice period always apply when you terminate your employees, unless the reason of termination falls into one of the six categories specified in Section 119 (see details under Termination of Employment and Severance pay.)

In this case, if the worker just does not seem to a good fit for your family, you are required to give her advance notice for at least one pay cycle.

However, if you feel uncomfortable having her around, you can also opt to pay her for the next full cycle (which is normally one month) and ask her to leave right away.

Q. I have been told by friends that it is mandatory to pay a one-month bonus at the end of the year. Is this mandatory by law?

While it is common to pay a one-month bonus, the law does not stipulate that any bonus needs to be paid. Whether or not you pay a bonus to your domestic worker is up to you and what was negotiated in the employment contract.

Dr. Jessica Vechbanyongratana is the mother of two active boys, ages 8 and 3. She works as a lecturer in the Faculty of Economics at Chulalongkorn University. In her free time, she enjoys experimenting in the kitchen and recreating American favorites using local ingredients.

Dr. Panthip is a Lecturer at the Chulalongkorn University Faculty of Law. She received her LL.B. with honors and LL.M. from Chulalongkorn University. She received her second LL.M. from the University of Michigan School of Law and a J.S.D. from Washington University in St Louis. Dr. Panthip’s research interests center on Labor and Employment Law. She recently co-authored a Thai law textbook entitled Thai Labor Protection Law (Nitibunakarn, 2014) and is the author of a number of Thai and English law articles.