It Takes a Village: The Power of Mommy Friends 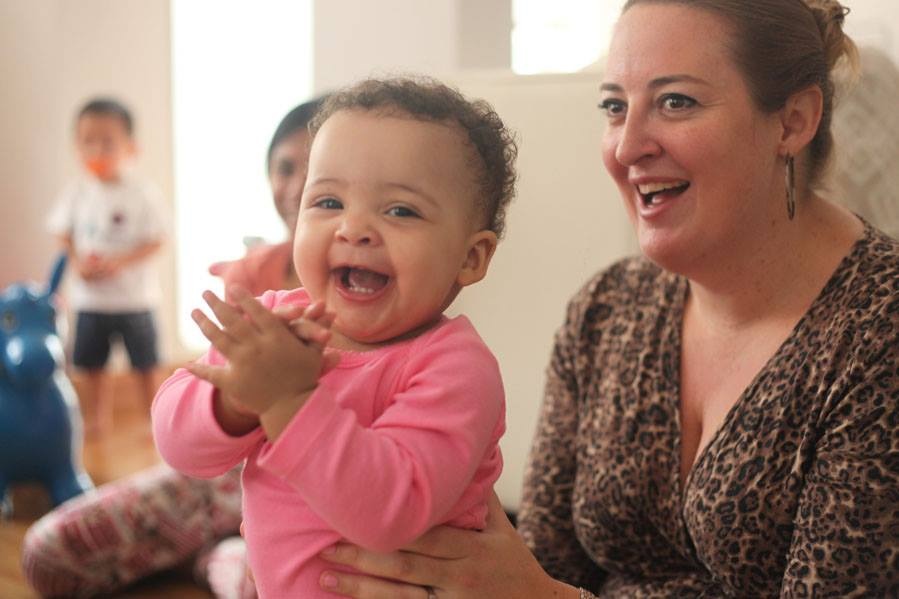 Being expats parents can be tough, particularly when you don’t have the support village which you would back home. In this refreshing article, Cara motivates us to take a leap, as awkward as it may be, towards creating our own village and making friends who will be there for us through tough parenting times.

When I jumped on a plane to move to Vietnam at the start of 2008, I was looking for adventure. I was single and in a good position in my career, but I was bored. Vietnam was the opposite of all that; it was wild and fun and unpredictable. I had no friends or contacts but I quickly realized how easy it is to make friends when you are a foreigner in a strange land.

Five years later, I was still living as a single expat, but now in Jakarta working for a major multi-national. Jakarta was harder to make friends as the crowd was different. The ‘adventure-seeking’ creative types I had found in Saigon were not seeking adventure in Jakarta. After a year, I had a handful of close friends who still tried to enjoy life in the not-so-fun city of Jakarta.

Then I got pregnant.

My boyfriend and I had a paperwork wedding in Bali with a dog and a chicken as a witness, no family, no friends, and soon after, my daughter was born.

Then came my real problem—I had NO mummy friends. My friendship circle had always revolved around people who were, like me, single expats looking for adventure. There wasn’t a mother among us.

I had a newborn baby and not a single friend whom I could talk to as I navigated this strange new world of motherhood. I was utterly alone, in a strange country, with no support system.

That’s when I discovered the world of ‘expat mother groups’ on Facebook. It was an eye-opener, as I never knew about this fantastic community of mums who so quickly offered support to each other. The only criteria to enter was:

2) Be an expat in Indonesia.

I quickly connected with some other women who had babies the same age and got invited to my first baby playgroup. I was so nervous my heart was pounding as I pulled up to the lavish, glamorous house. My first thought was: “These are not my people.” I could not have been more wrong.

I was warmly welcomed inside by the host, an Aussie married to an Indonesian. She took me up to the playroom where four other women sat on foam floor mats, each with a small baby propped up in front of them. Everyone smiled warmly as they made space for me in the circle. My daughter happily played with the other babies and delighted as we sang silly songs.

I hit it off with a couple of the mums who then friended me on Facebook, and it was the start of what would become my ‘mummy village’.

That was 2014. It’s now 2019. Five years on, I talk to those same women almost every day. We have a WhatsApp group where we discuss everything from how to fund our retirements to should I organize my Lego by size or color  and the all-important ‘benefits of Botox.’ Our children are now 6 years old, and although we live across five different countries, we meet up regularly for ‘play-dates with wine’ when a few of us can be in the same place.

This amazing mummy village has seen me through my divorce, the death of my mother, and many a long night with sick kids. They may not be physically WITH me in Bangkok, but they are THERE.

When I moved to Bangkok in 2015, I wasn’t so worried about finding new friends. I had already joined the mummy Facebook groups and tried to connect with a few who shared similar interests or mutual friends. I was ready to join playgroups and music classes and Gymboree. I was prepared for the awkwardness of walking into a group of women who already knew each other and hoping I would make a connection with one or two. It’s not easy, but half the battle is just being open and ready for new friends. Children with super curly hair are a great conversation starter, so it seems.

Raising children as an expat usually means doing it without the support of family or longtime friends. You are battling all the same parenting challenges as friends back home, with the added stress of cultural and language differences. The support systems you would rely on at home—such as health nurses, local groups, and even just playground chat—don’t always exist in expat land. We need to build our own support systems, and this is where the power of the expat mummy village comes into play.

“A village should be just that, a small group of trusted people, whom you can rely on and who will have your back. It’s rare that you will be invited into an existing village; you may need to build your own.”

If you are new to Bangkok and looking for your village, here are my three top tips:

1) JOIN: Start by joining the expat mummy groups such as BAMBI. There are big groups such as Mummy Club Bangkok, as well as small groups for specific areas like Ari, Sathorn, and Nichada that have regular playgroups. Or there are groups by nationality and working mum groups. If there are classes or groups available—turn up. You never know whom you might meet. Always say yes to invites. If you are not comfortable or don’t connect, you can leave—but still show up.

2) SMILE:  Smile at strangers, introduce yourself, Talk to other mums in the park. Smile at the mum in Starbucks who looks frazzled or help the mum with the pram on the BTS. Say hello. Ask where she is from or how old her baby is. Share your number if asked (or offer it up if you really like her!). A smile is an invitation—give them out freely and often.

3) ENGAGE: Engage in online groups and forums. Don’t just absorb—contribute and ask questions. I met one of my most valuable friends from Bangkok because she replied to my post, and we then discovered we had a common friend. We chatted for a while and realized we were both Aussies, from Canberra, and our children were the exact same age. She invited me over for a play date and, as socially awkward as it felt meeting a complete stranger, it turned out to be a fantastic connection, and we’ve stayed in close contact even after she left Bangkok. We now holiday together when I am back in Australia. Those few moments of awkwardness when I first turned up at her house were well worth it.

I know it’s not easy, especially if you are not an extrovert. I doubt I would ever be this open to new friendships in Sydney. However, in expat land, I need my village. Especially as a single mum. I need to build and sustain that village myself because no one will do it for me.

The best part is, your village will most likely become a global one. Those friends you make in Bangkok will spread all over the world, and you will look back in a few years and realize how incredibly lucky you are to have the support of your far-reaching friends. Those friendships will be priceless

Cara Mayega is an Aussie expat in Thailand. She juggles being a single mum with a demanding career. She has learnt to never say no to a good kid’s club and is not afraid to call MaMa noodles “dinner”. Cara is also the founder of “Solo Parenting in Thailand” Facebook group.